The Bidgee School transition program has been tailor-made to support Riverina students, their teachers, and members of their wider community in the pursuit of improved learning outcomes for students who have behaviour disorders.

The program aims to enhance the processes of transition for all of those involved, facilitating the effective exchange of information and enhanced collegial support for staff across specialist and mainstream settings.

The program is unlike any other available in the Riverina, and its originality has called for the creation of some simple program-specific phrases and meanings

This term describes those people from the family and/or wider community who have an investment into the student's well-being from a personal or professional standpoint. This group may include the student's family and relatives, close friends or neighbours, or cultural/religious figures.

The group might also include those who serve professional roles in the student's life, such as doctors, therapists or health care professionals, juvenile justice or social workers, or specialist educational consultants.

The Bidgee School transition program comprises seventeen forms in its entirety. Forms are delivered as interactive PDF files, and they are always available for download from the school website.

Each form serves a specific purpose in the program, providing for the exchange of information about the student's learning and behaviour needs, the support they require, ongoing issues and concerns, and the specific plans for their school-based learning.

In the event that the student's transition to their home school cannot commence within four weeks of their shared enrolment, they will enter into a temporary period of attendance at The Bidgee School only.

During this time staff from the student's home school, The Bidgee School, will join with relevant members of the student's wider community to finalise the plans and arrangements for the student's ongoing transition program.

This period of time would not usually exceed 10 school weeks.

These are the people legally responsible for the student's care. The term may describe biological parents, adopted parents, foster carers, or others who have been awarded legal guardianship of the student.

A PDF collection is a particular type of PDF that can contain multiple other documents and media types.  In the case of The Bidgee School transition program each user pack is a PDF collection.

These PDF collections contain a set of instructions and numerous individual forms catered to each user pack.

A PDF collection is downloaded, saved and opened in the same manner as a normal single PDF document.

This is the term used to define The Bidgee School transition program's organisational framework.

The program is organised around 4 distinct phases of transition and provides a series of interactive forms to be used by all participants as tools of communication throughout each of these phases.

The transition program's interactive forms are made available for download on the school's website in user packs, so each participant is able to access only the forms they need without sifting through ones that they don't. There are 6 user packs available, and each pack contains the forms that will be required by each unique user.

This process occurs over a period of time and sees the student commencing at The Bidgee School, then progressively re-engaging with their home school by participating in classes and other school-based activities on a part time basis. This process stems from the shared nature of their enrolment at the specialist Bidgee School setting and their mainstream home school, and is conducted with the aim of having the student return to their home school on a full time basis.

While all of those involved in each phase of the students' transition program make important contributions to their success and well-being, the term transition team refers specifically to the staff and community members who are most directly linked with the student's 2 schools, their home school and The Bidgee School. Transition team members may include home school executive staff, mentors, year level advisors, counsellors, specialist teachers and/or classroom teachers.

The transition manager is the member of staff from the student's home school who is responsible for the coordination of all other home school staff. They are nominated by the home school and act as a central point of communication and liaison between all relevant parties throughout each phase of the student's transition program.

Return to top of page 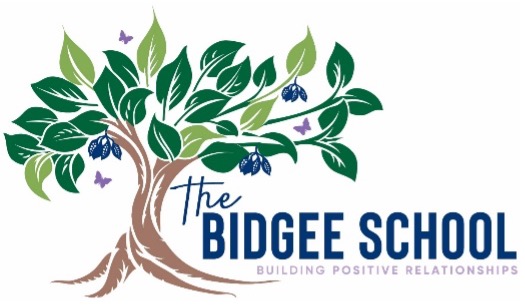 Copyright for this website is owned by the State of New South Wales through the Department of Education. For more information go to http://www.dec.nsw.gov.au/footer/copyright.